The GSP&P railway is located in Northern California. The first track was laid in 1960 for a one cylinder, vertical boilered locomotive known as the "#1". The #1 has been joined on the power roster by mogul #5 and Shay #7. The #5 and #7 are built to "5" to the foot" scale to simulate 36" narrow gauge railroading. This scale was developed by Erich Thomsen of the Redwood Valley Railway, Tilden Park, Berkeley, California.

The #1, #5 and #7 will soon be joined by consolidation locomotive #13, which is nearing completion on the erecting floor of the West-Side Locomotive Works. The #1 was re-powered with a two cylinder Stanley Steamer engine in the late 1960's, but is currently undergoing overhaul in the Glenwood shop facility.

Following are some photographs in the mechanical department. 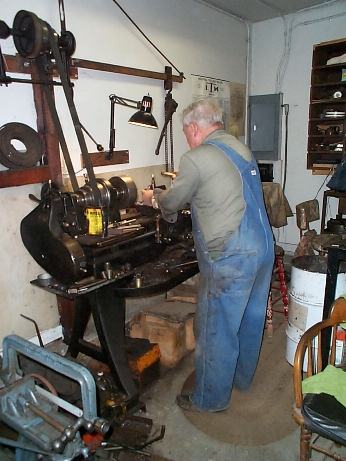 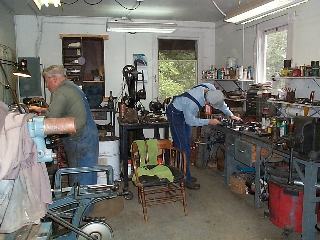 Left, is the heavy machining area of the GSP&P backshops. Dave Adams, at workbench, fitting coupler pin to knuckle. 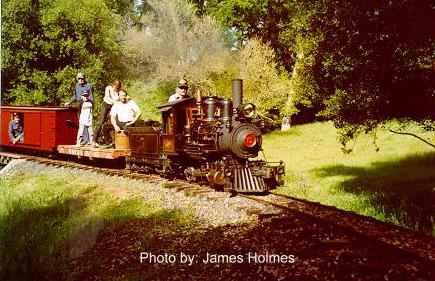 Left, is GSP&P #5 at the Hetch Hetchy & Yosimite Valleys RR located in California's gold country. Engineer is Jerry Hanford, standing on flat in blue shirt is Erich Thomsen and in box car is Ken Kukuk, proprietor of West-Side Locomotive Works. 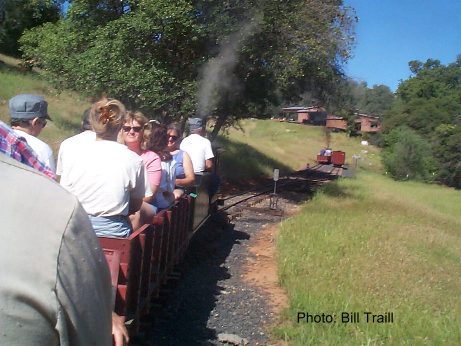 Right, is the great locomotive chase, leaving Marguarita Loop and climbing from Lakeside siding toward the HHYV shops. The road bed curves to the right over a high trestle and then to the left through Rock Cut to the water tank pictured below. 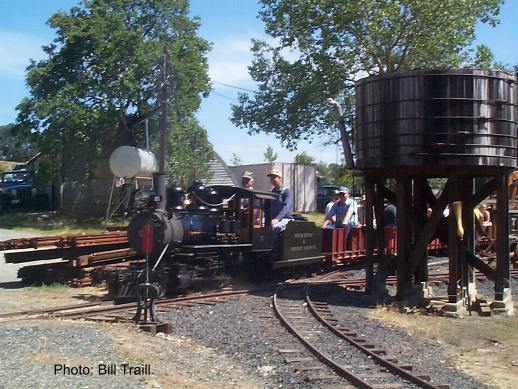 Left, is a high ball for HHYV #15 past the water tank and up a long grade to Top Loop. Ken Pimlott driving and Ken Kukuk firing. 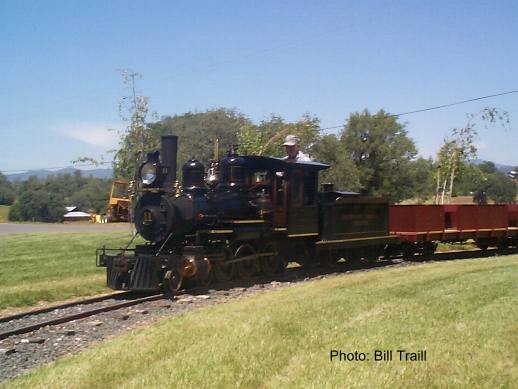 Right, is the Redwood Valleys Railway #11 waiting for clearance to proceed down grade from Top Loop. Engineer Ray Pimlott.